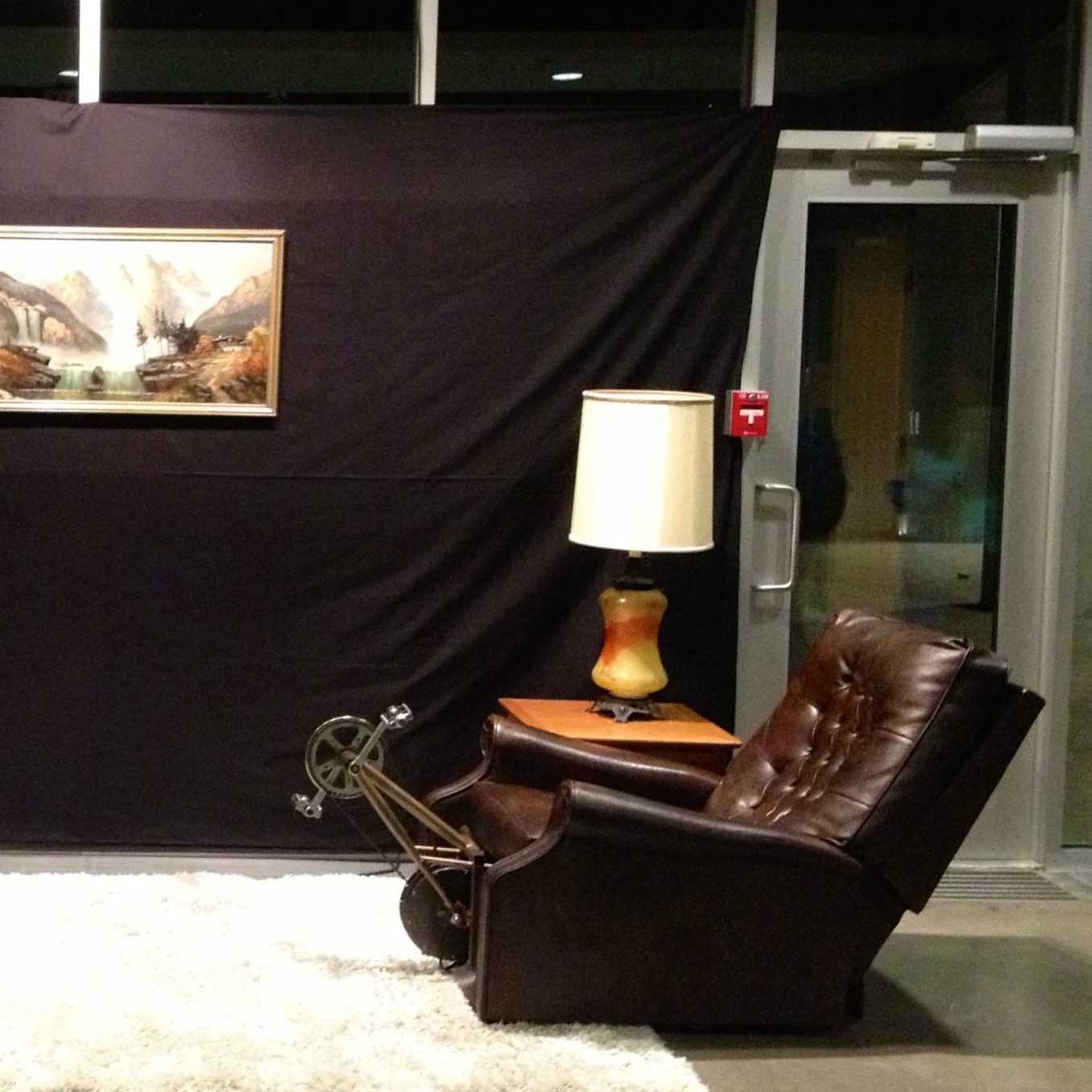 gLiving was a leather recliner with an electric bike generator welded to the frame. Participants would sit in the chair and pedal, lighting up an infinity mirror embedded in an old television set. Created in 2012 by the group gBikes, the project exemplified opposites: active consumption, or self-sustaining energy use.

gLiving invites viewers to re-imagine energy as a relationship that both gives and receives. The human body can output around 250 watts for short bursts of time which is slightly over the power required for 120 watt incandescent bulbs. By visualizing the energy required to power an LED strip, the participant can begin to build a tangible relationship with energy consumption.

The project was commissioned as an entrance piece at a UBC art gallery. It also appeared at a number of local events including eatART Powers the VAG and Vancouver Mini Maker Faire.

As of 2015 gLiving was officially retired. It lives out the remainder of its days as a coffee grinder.