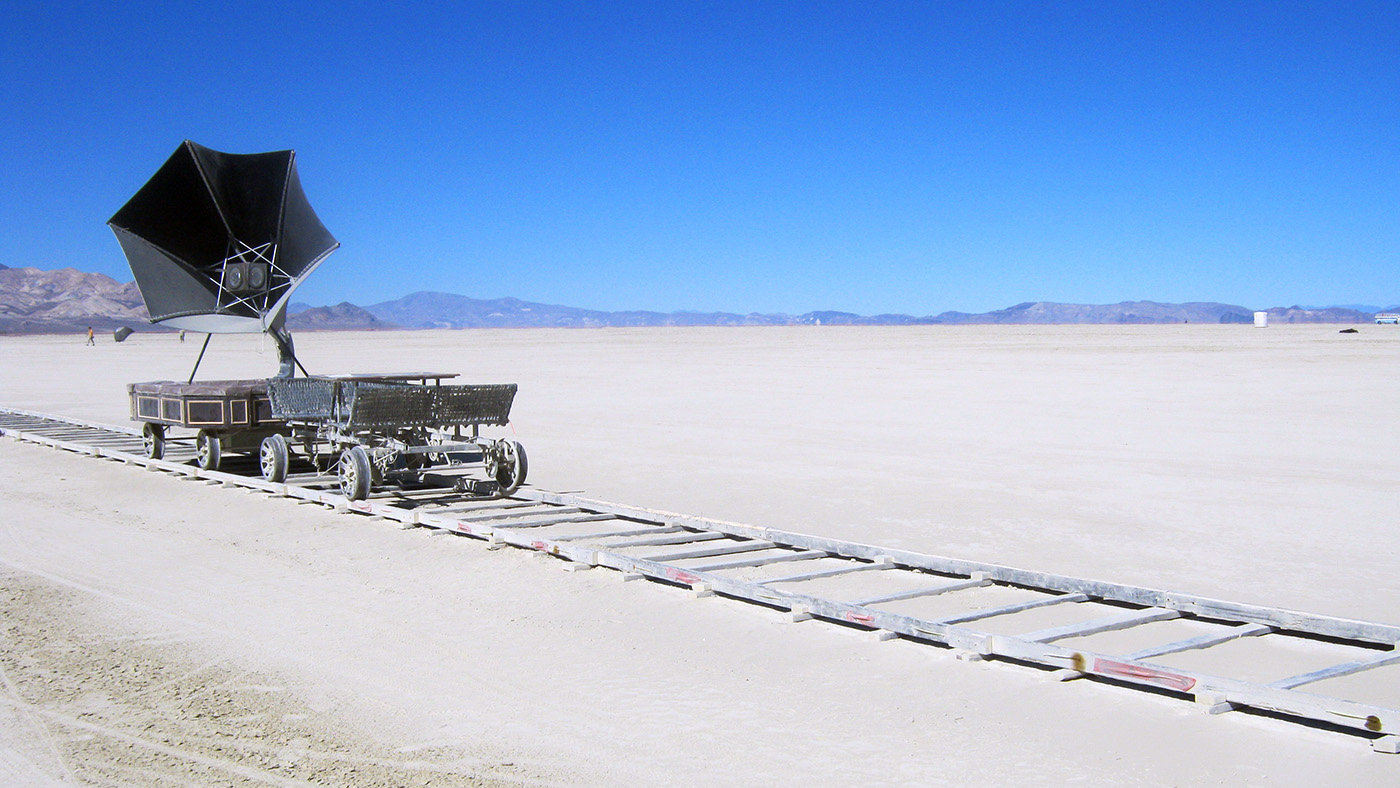 The Gramorail (2010 – 2012) was a collaborative project which was germinated during a Vancouver Design Nerd Jam in 2010. The idea was to make a human pedal-powered
railway machine, designed to travel on rail gauge, similar to the old seesaw push carts from days of yore. eatART graciously sponsored the project, and it was built in the lab in 2011. Incorporating elements of steampunk with recycled bike components, the Gramorail consisted of two cars: a locomotive powered by people pedaling, and a passenger car which featured a huge 9-foot gramophone sprouting from its base. It could carry upwards of 10 people, and made many a passenger happy.

Gramorail was entirely human-powered. It was constructed with recycled bike parts and raw materials. Gramorail was featured in a number of local Vancouver public art events in 2011, and in 2012 it made the pilgrimage to Burning Man.

As of 2012 Gramorail has been officially retired.